CBSE board class 12th 2019 result has been released. Finally, the wait is over and this year the result has been released a bit early as per the usual trend. 83.4% has been the result which is better in comparison to last year. The first two positions are secured by Indian daughters beating the boys. This year a total of 12,87,359  students appeared for class 12th exams. Exams were conducted at 4,138 centers throughout India and 71 centers outside India. Check your CBSE 12th result 2019.

Hansika Shukla has topped the CBSE 12th exams she lives in Ghaziabad and studied in DPS of Meerut road. She scored 499 marks out of 500 with 99.80%. Hansika belongs to the Humanities stream. Here is her Marks Statement –

Another UP girl Karishma Arora secured the first position by scoring 499 marks out of 500 with 99.80% studied at SD Public School. Karishma also belongs to Humanities stream. Here is her marks statement-

The third position is tied up with eighteen students, seven boys and eleven girls scoring 497 marks by each student.

In 2018,14,881 Students out of 15674 students cleared CBSE class 12th Examination who appeared in this examination from outside India.

To check your result, you have to submit your Roll no. and other asked credentials then click the submit button.

The board has informed that this year schools will get their entire students result on email id registered with the board.

CBSE has announced that students will be provided class XII digital mark sheet in DigiLocker at http://digilocker.gov.in.

Board has also released that the credentials contained by such Digilocker will be sent to each student through SMS on their registered mobile number.

What is Result in Context of CPT/CA Foundation

Get better marks then XII in CA Foundation

Among the 11 lakh students, Raksha Gopal from the Amity International School in Noida standout at the first position by securing 99.6 percent marks in Humanities stream.

The second position was also achieved by one of India’s daughter named as Bhumi Sawant by scoring 99.4 percent marks in Science.

There was a tie over the third position between the Mannat Luthra and Aditya Jain from Chandigarh scoring 99.2% in Commerce Stream.

We are sharing you the toppers guidance which can be prove helpful for your 12th CBSE Board Examinations. Before that let’s have a look over the report card of 1st Rank holder –

Raksha never believed in marks, she only believes in Knowledge. Her father use to teach her “Score marks lower than Zero, if possible but gain knowledge, not marks” which make her stand out at the first position in all over India.

This girl has leave a challenge for the batches to follow, by scoring 99.6% marks in Humanities at the age of 17. And this could not be possible without hard work.

Her strategy is to focus on quality rather than quantity which most of the students often lack. She was focused for her dream not just during exams but throughout the year and which proven her superior from the crowd.

A girl from Chandigarh studied from DAV School in Sector 8 who scored complete 100 marks in Physics, Chemistry, Mathematics and Computer Science. Beside this, she also scored 97 marks in English.

She was so dedicated to her study that she consistently studied for Six to seven hours not just during exam times but throughout the whole year. Amid such year, she did not even use whatsapp or Facebook so that one day she can see herself on the seventh cloud.

Aditya Jain stood at Third Rank in the CBSE 12th Board 2017 Examinations by scoring 99.2% in Commerce Stream. 99.2% consists of full marks in Economics and Business Studies along with 98 marks in English. 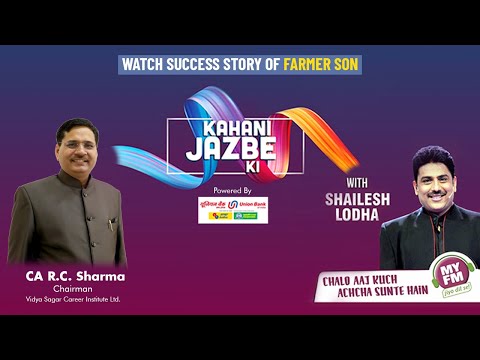